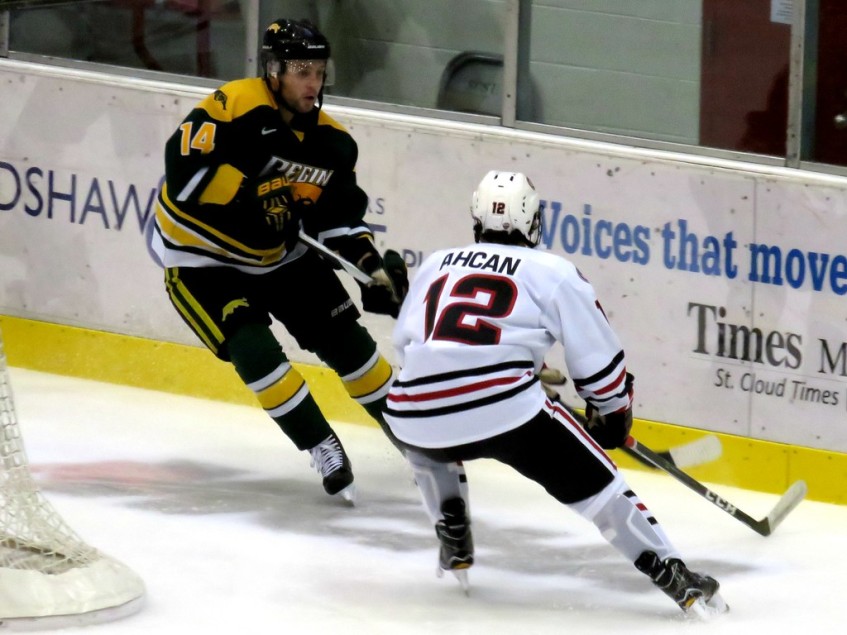 Ahcan, from Savage, MN was named the USHL’s Defenseman of the Year following the 2015-16 season and currently is tied for second in points with 3-10-13 after 15 games with the St. Cloud State University Huskies of the National Collegiate Hockey Conference (NCHC). Ahcan will join SCSU coach Bob Motzko who will be skippering the 2017 Team USA squad. In announcing the 23 man roster, Team USA General Manager Jim Johanssen commented “We’re excited about this group of players and the way in which they will maximize the style of hockey that head coach Bob Motzko wants the team to play,”

The inclusion of Ahcan to the team certainly does not surprise me as he is form-fit to the style of North/South hockey coach Motzko likes his teams to play. Ahcan brings an element of great skating, skill, grit and a high level of competitiveness to his game. This is just another example of the growth in this overachieving, dynamic 5’7″ 180 pound defenseman’s game – a position  typically dominated by big men these days.

May 2016: Ahcan Breaking the Stereotype for Defenseman